Review: “Man of La Mancha” at the CFRT 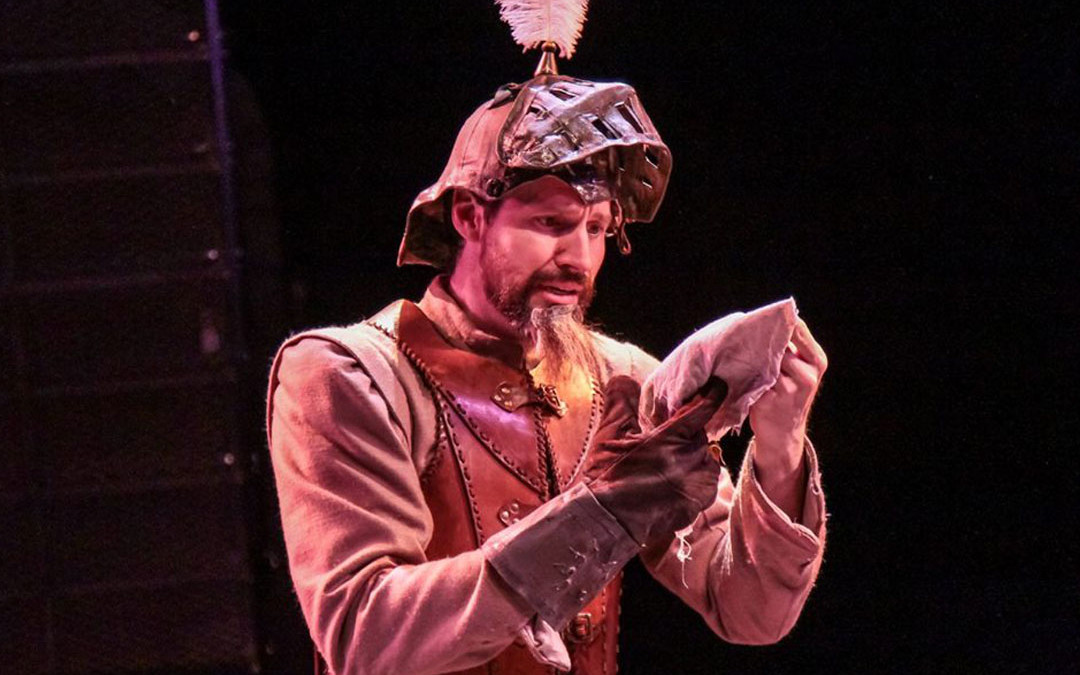 This weekend marked the last chance to catch the Cape Fear Regional Theatre’s outstanding 2015-2016 season opener, “Man of La Mancha.” The musical, which was written by Dale Wasserman, with music and lyrics by Mitch Leigh and Joe Darion, respectively, is inspired by the literary classic, “Don Quixote,” by 17th century author, Miguel de Cervantes.

Cervantes’ book follows the adventures of its title character, Don Quixote, a man whose obsession with tales of chivalry, inspires him to take up the life of a knight. In the musical, author Cervantes is captured by the Spanish inquisition, and must tell his fellow prisoners the story of his delusional knight, in order to earn back his few belongings from the prisoners, including the very valuable manuscript to what would become his masterpiece. The other prisoners, are used as characters in his story, and soon are swept up in it.

Note: I was joined by my roommates, Jaymie and Tracy Baxley, who have seen less theatre than myself, but enough that the following quote still carries with it, some weight: “This was the best musical I have ever seen.” – Jaymie Baxley. His wife, Tracy, concurred, and had been moved to tears. I don’t think it’ll be as difficult for me to drag my friends out to the theatre next time, and for that, I owe the CFRT a great deal of gratitude.