The home of the NC Theater Stories podcast.

The NC Theater Stories podcast was created in May of 2015 as a way of celebrating North Carolina’s vibrant and exciting theater community. Each week’s episode features an interview with an actor, director, or playwright, with a story to tell about their experience on the boards or behind the curtains. We also strive to do regular reviews of shows in our area. 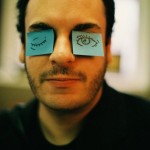 James Johnson served as NCTS’ technical director for its first two seasons. After the show’s founder and original host Lynn Pryer (see below) decided to retire to Vermont, James was asked to take over the reigns.
James has a love and fascination with live theatre that was first sparked at a young age. He has spent most of his adult life pursuing a career in journalism, however theatre has remained an important part of his life when not putting ink to paper. 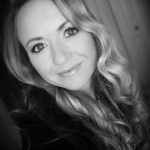 Orlando, Fl native Ruth Golsteyn has worked within the arts in some capacity throughout the majority of her life. She moved to North Carolina in her early 20s, and where she earned her bachelor’s in Musical Theatre at the University of North Carolina Pembroke.
Since graduating, Ruth has performed in countless productions throughout the state. Ruth came on board as co-host for NCTS in mid-2016, after the show’s original host, Lynn Pryer, retired. 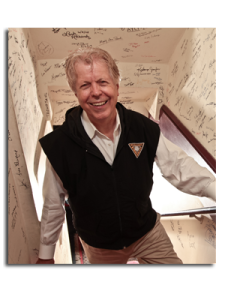 Lynn Pryer founded Fayetteville, North Carolina’s Gilbert Theater in 1994, where he had served as artistic director for 18 seasons, until 2012. Pryer started the company in his basement/garden at 647 Brandts Lane and traveled with the company when it moved to the Arts Council building for a short period, before the Gilbert upgraded to its permanent home at 116 Green St. In 2012, Lynn stepped down as artistic director, handing over the reigns to Robyne Parrish. Today the Gilbert Theater has developed into a semi-professional black box theater space, which offers an annual summer camp to young artists, features a comprehensive conservatory and a repertory company. Lynn still attends every performance, and frequently provides input and guidance.